Yes We are Alive and Well!

Diamond has been having a relaxing summer....she finished her Championship last year and is currently enjoying a life of leisure! Norman has been on the road in FL showing again....and doing pretty well after a hiatus of about 2 years or so....more info on that when we have a photo to share. 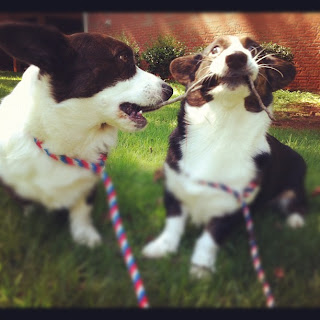 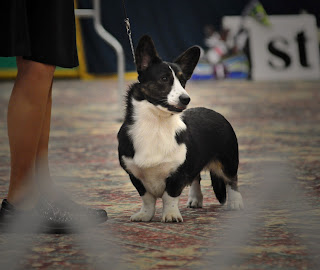 We had a wonderful time at the CWCCA Nationals in Huron OH. It was COLD...especially compared to the South, which had almost no winter this year. We arrived Tuesday in time for the Megan...then Wed AM was sweeps time and our sweet Diamond was first place in 12-15 sweeps! Her sister TJ was fourth in sweeps, and her brother Cody was 3rd in Sweeps in 12-15 boys. Special thanks to Cheryl Mika for handling Diamond (and making her behave!) and Laura Prosser for handling Norm in The Megan and BOB!


We just enjoyed the show on thursday, then friday was regular class bitches. Diamond won a fourth place ribbon from the 12-15mo class. We were so thrilled! Then,,,it was Sarah's turn on Saturday for her Junior Showmanship debut. She did great and enjoyed every minute of it and she got a big 2nd place ribbon to show her classmates!  We framed all the ribbons so the girls could take them to school:
When we left Huron it was spitting sleet, and when we arrived home Sunday it was almost 90 degrees. It was good to meet old and new friends....a good time, indeed.
If you want to see or purchase some photos from Nationals, please visit my website www.ashotinthebark.net/cwcca12
Posted by Carol at 12:39 AM 1 comment: 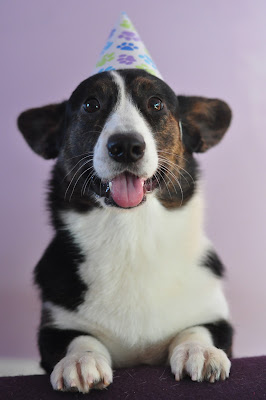 Happy Birthday Diamond! She was 1yr old on Feb 20, and she was pretty -much being born the same day Norm finished his Championship.

We all had a good time at the party and Norman loves wearing a party hat! 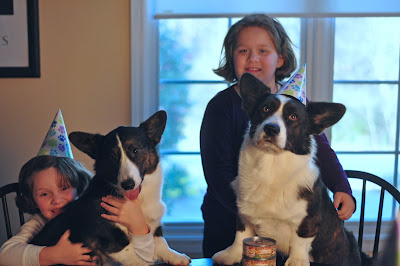 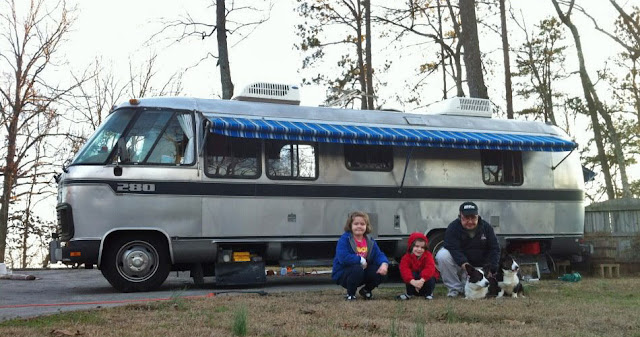 We now are the proud owners of  a 1982 Airstream 280 Motorhome! . We had to close our inflatable business and Frank is working in Nashville during the week for an architectural firm and living in the Airstream. I am staying here with dogs, kids, and elderly parents (MIL in basement, mine next door). I think our Airstream looks a lot like the one NASA used since 1985 for the Shuttle Astronauts' transport: (but we have nice blue awnings) 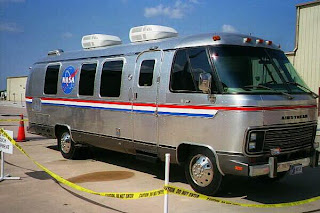 I fell in love with the Airstream in about 1975 o a class field trip to Huntsville Space Center where the original Mobile Quarantine Facility was on Display: 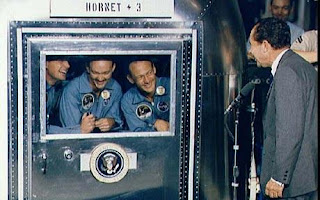 Now they have moved it to somewhere near DC , so they replaced it with the Apollo 12 one. Not as cool. 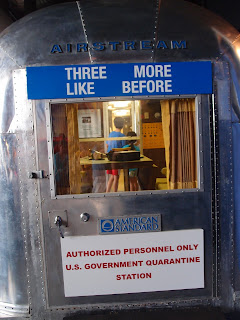 And then , of course on Feb 20th...NASA celebrated its 50th Anniv of John Glenn's orbital Flight....so I guess Feb 20 was a big day for everybody (especially for John Glenn who still alive at 90 to enjoy it all) 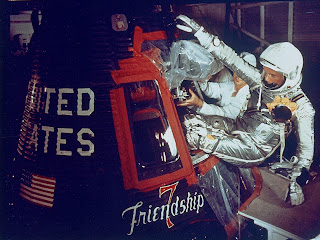 So there you have it: dogs...Airstreams....NASA...all tied together somehow. Kinda weird, huh?
Posted by Carol at 1:40 PM 1 comment:


We got Mr. Norman 2yrs ago on MLK Day! How time flies! In other news, we are shopping for an Airstream for Frank to live in since he is working in Nashville now....I think an Airstream could be VERY useful for (ahem!) other things too. We have been looking at fixing up an older one....not much luck at finding a decent one so far....but Diamond found a boat she REALLY LIKED on Saturday in Albany, GA! 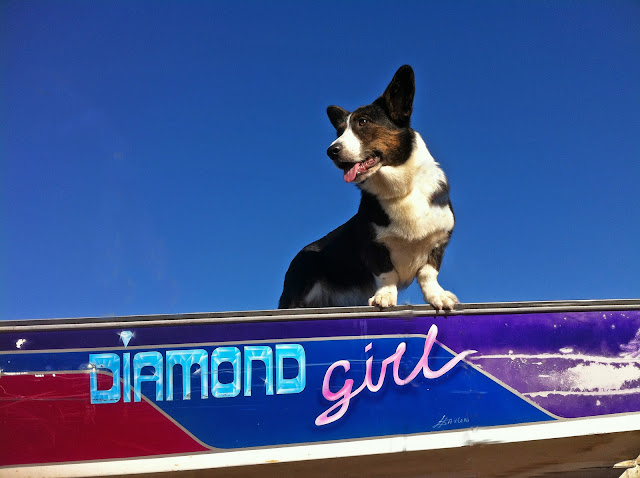 A Visit to St. Nick 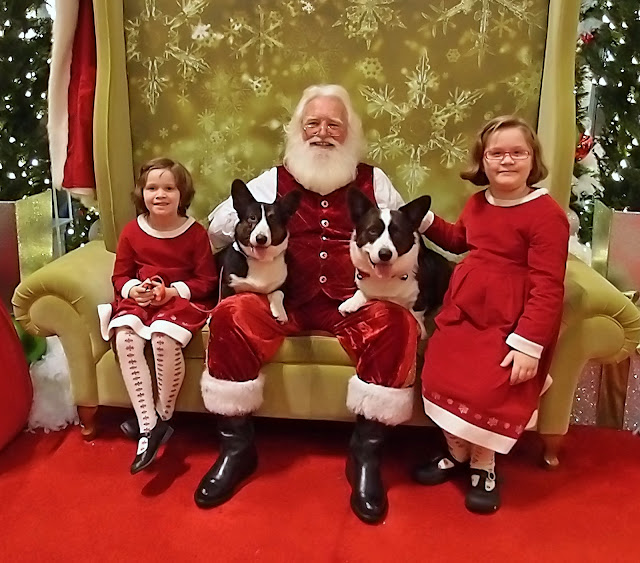 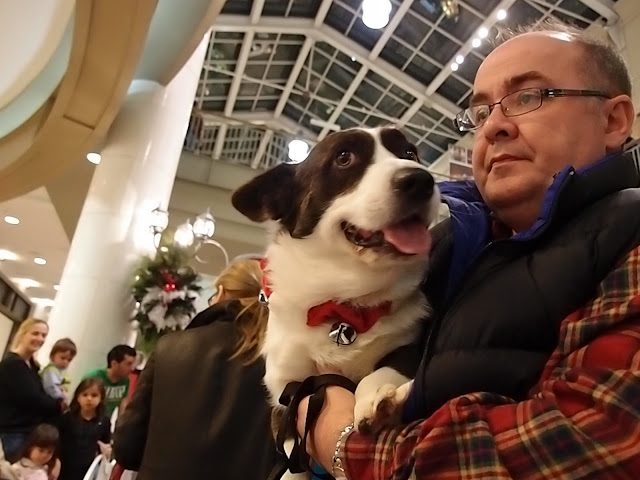 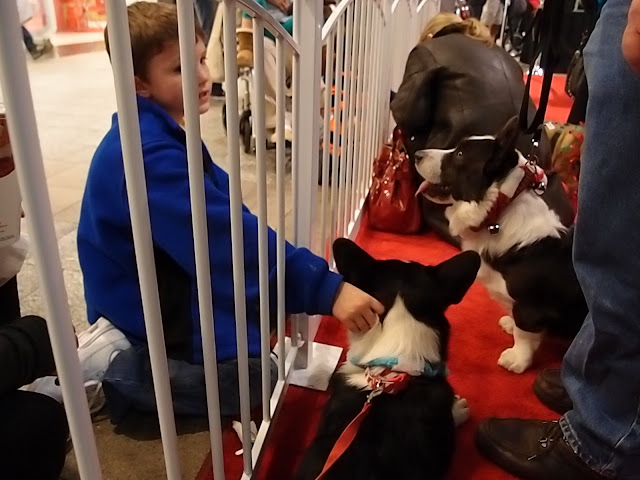 Last Sunday, we ventured to Lenox Square Mall in ATL for Santa Photos. This Santa is normally for humans only, but they let pets join the fun for two Sunday evenings in December.As you can see by the photos, Di and Norm were excellent Cardigan ambassadors...one lady even knew what breed they were because she had owned a Pem! A Christmas Miracle! The only bummer was that Frank had his iphone stolen. Tis the season, I guess.
Posted by Carol at 3:58 PM 2 comments: 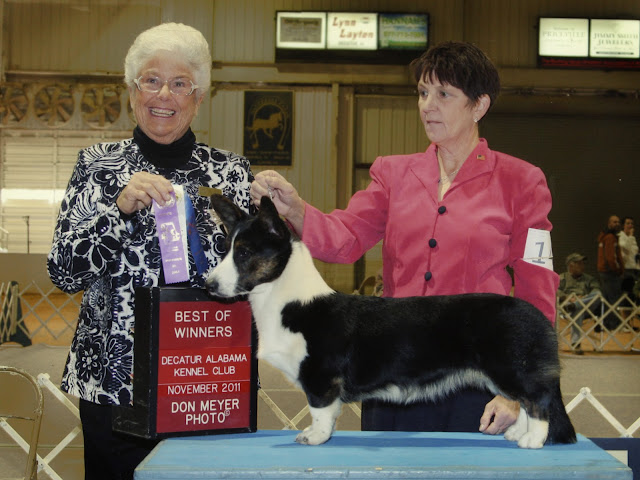 Here is Diamond's win pic from Priceville. Cheryl always makes her look so pretty. Hopefully, we will go this weekend to see Santa at Lenox Sq. Mall in Atl. They let the official Macy's Santa do pet photos a couple of hours on two Sundays in Dec. It should be fun. Oh yeah... and the girls can have their picture made with Santa too :).
Posted by Carol at 5:14 PM 1 comment: 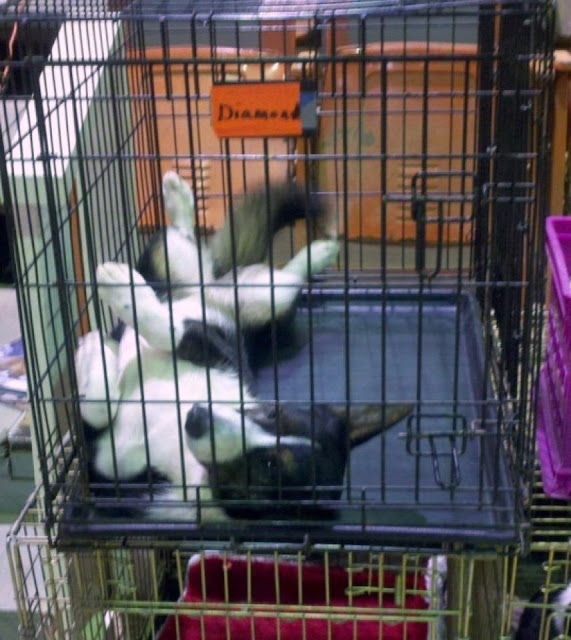 Diamond was WB and BOW Sunday in Priceville AL. Only one point (I think), but a good finish for her final entry in the 6-9mo puppy class. (She will be 9 months on the 20th). Now she will come home and have fun till next year. I am sure she will especially enjoy watching the Macy's Parade this year as Neil Diamond will be riding  and singing on the South Dakota Mt. Rushmore float this year! Then, of course we can watch the Philly Dog Show...We will be glad to have her home! I will post the win photo later when we get it, but here is a pic Cheryl snapped of Di 'laxin' in her crate:
Posted by Carol at 1:05 PM 2 comments:

Is it coming a flood soon, or what?? 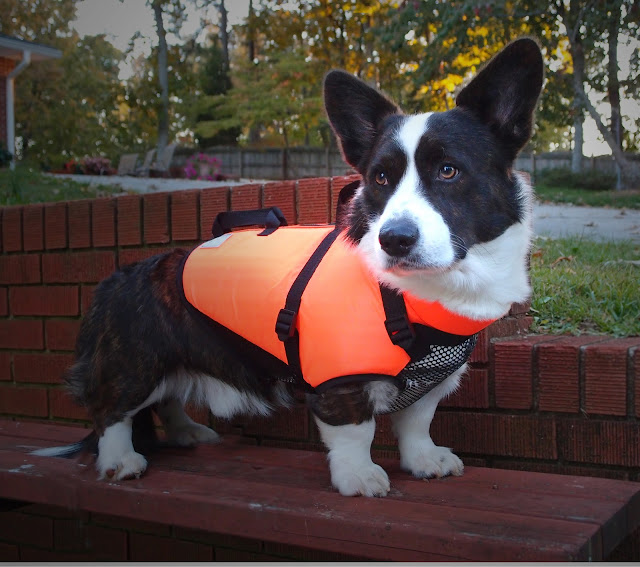 Hello, this is Norman and they made me model this orange jacket. I do not know why but they said they were selling some of these Fido Floats on ebay and needed a model. The one I am wearing was too small. I think it would fit Diamond better,but she is with The Boss. She used to be my boss.

I am also supposed to tell you that Diamond was RWB Friday at the MD shows, whatever that means! Oh yeah...and I think I am going to try Lure Coursing in a couple of weeks if the weather will cooperate. I am going to be Commander Canine for Halloween (that's marvin the martian's dog). Mom will have to make the costume, though. Maybe it won't be too scratchy! I will post a picture of that!
Posted by Carol at 8:44 PM No comments: